Fight Like A Girl - The new N'toko EP is out! 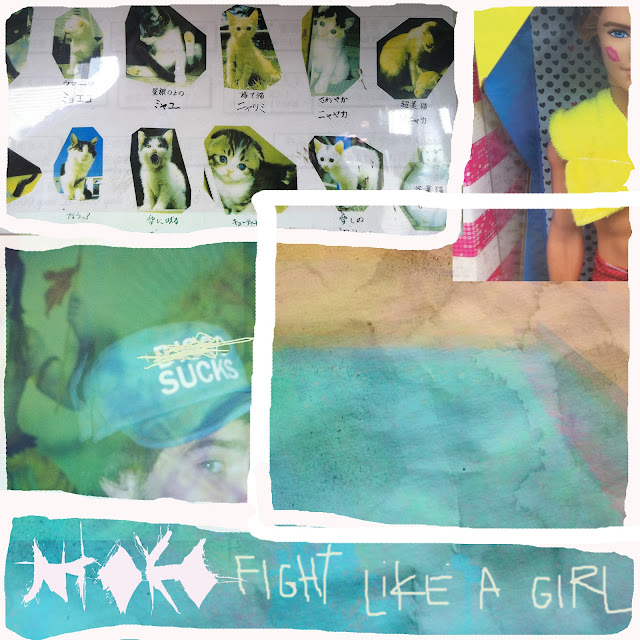 N'toko - Fight Like A Girl EP (Call and Response Records 2012)
"To coincide with his return to Japan for the summer, Slovenian electro-hip hop musician N'toko has a new EP available for free download via Call And Response Records, featuring five new songs recorded over the past six months. The Fight Like a Girl EP evolved out of a series of experiments with new production ideas and the result is a work with a more laid-back sense of exploration and adventure, smearing his characteristic synth-based sound across the songs like Nutella over toast one moment, forcing it through brutally tight bottlenecks the next. As with most of N'toko's English-language work, the lyrics duck and weave, spinning through a chicane of stream-of-consciousness wordplay, sci-fi imagery and surreal collages of seemingly random images, all combined with a sense of wit and playful disregard for convention."
All music by N'toko, except "Snob" by Volatile. All vocal recording, mix and mastering by Igor Vuk, except "Snob" mixed by Volatile. Released by Call and Response Records.
Download the entire EP via Mediafire: http://www.mediafire.com/?pk4c1wkgtbd6c1x
http://car-records.blogspot.jp/
http://soundcloud.com/ntoko
https://www.facebook.com/ntokomc
https://twitter.com/ntokomc
Posted by N'toko at 7:29 PM No comments:

Email ThisBlogThis!Share to TwitterShare to FacebookShare to Pinterest
Labels: releases

I've been messing around with electronic music for a while now, not just making beats to rap over but also stuff that I could play when DJ-ing in a club. A ton of tracks have piled up on my computer in the last two years, some of which are shit and some that I find quite interesting. Although I know that I'm far from being a serious electronic producer or DJ, I feel that the time has come to share some of this music before I become one of those weird introverted producers who spend years cooped up in home studios and never let anyone hear what they're doing. I'm also aware of the fact that 99% of listeners could care less about dance tracks produced by rappers, and that the phenomenon of pop artists turning into DJs is becoming more and more annoying with each new addition to the list. I've been rapping for over a decade and have put a lot of time and effort into it, something that I have yet to do in the field of electronic music. I want to do it properly, so in this aspect, I feel like I'm at the beginning of my career again.

Since I'm involved in so many different projects at once, people often get things confused and it's hard to know what to expect when coming to my show. I'm going to try and make things more simple by splitting my vocal hip hop stuff and my instrumental production into two different things.
So without further delay, ladies and gentlemen, I give you my evil twin brother:
Shampoo Guy!
N'toko is the MC, Shampoo Guy is the DJ. N'toko does hip hop, Shampoo Guy does electro. Simple as that.
So if you're interested, check out the little introductory mix I made. It's a bunch of stuff I've been working on in the past year, plus a track that I did with Kaki, and something from N'toko's upcoming  EP. All the songs were mixed and mastered by Igor Vuk, who has really gone out of his way to help me with production and has thought me a lot.

I'll be posting new songs regularly on the Shampoo Guy Soundcloud page, keep up with everything on Twitter. For starters, you can download the "Shampoo Anthem" for free.


And in more N'toko related news, a bunch of new songs will be available within the next few days, so stay tuned!
Posted by N'toko at 4:22 AM No comments:

Email ThisBlogThis!Share to TwitterShare to FacebookShare to Pinterest
Labels: releases

Hey everyone, I'm back in Tokyo for the summer! The first night was exciting as always, meeting up with friends in my favorite place, the wall to wall vinyl restaurant Bamii, and ending up DJ-ing in Koenji One. The next day I was free and we went to see the awesome Milla and the Geeks playing live, and on Sunday I had my first show. I was lucky to play to an awesome audience at the Uhnellys album release party in Shibuya Lush with Uhnellys and Yolz in the sky, two bands that I really like a lot.
Since then it's been rainy as fuck and I experienced my first typhoon as well. Me and Zana are settling into our new home for the summer and I'm finalizing the new releases I've got planned for the near future. There's a ton of gigs I've got coming up and even more gigs I want to see, so you can expect a bunch of concert reports and videos of my favorite Japanese bands on the blog. 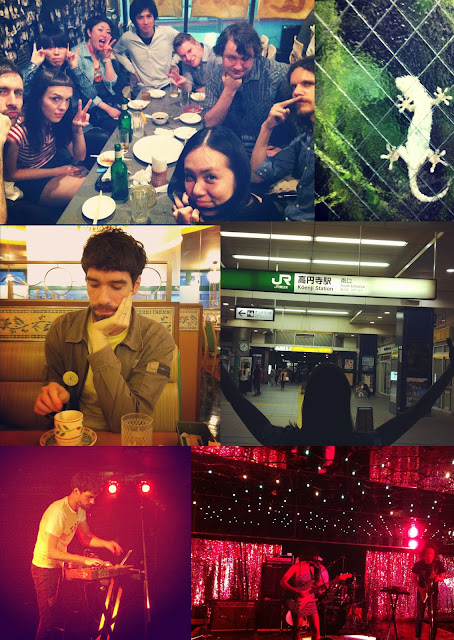 Here's a clip from my gig in Shibuya. I played some new stuff and I felt it went down well:

Hey guys, I'm happy to have a bunch of exciting announcements for the following weeks... I'm really lucky to be able to play the amazing UF festival in Križanke this coming Tuesday (June 12th), and it seems my gig is scheduled right between Crystal Castles and the Ting Tings! Really looking forward to seeing Willie Moon, and we all know New Wave Syria and Barely Modern are going to be awesome. 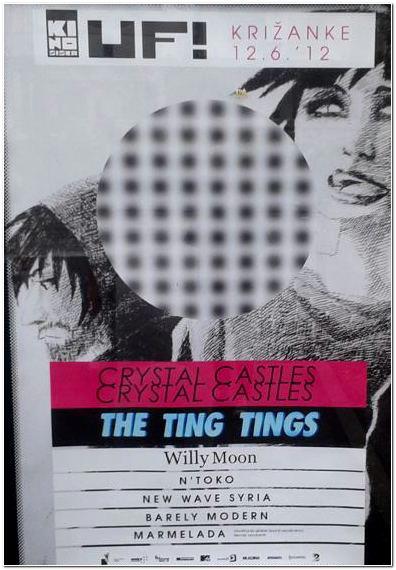 A day after the festival I'll be heading off to Japan, where I plan to spend the summer. I've got quite a few nice Tokyo gigs scheduled, as well as Osaka and a tour of Kyushu. It will be great to get back on stage and play some events with my favorite bands Uhnellys, Jebiotto and Praha Depart. Here's the first batch of gigs, and I'll be posting more details soon.

I've mostly been playing gigs and organizing events these past few months, but I've also been working on tons of music which I'm going to put out shortly. There's a brand new hip hop EP, as well as a new electronic project in the making, so please stay tuned for more info!
See you around!
N'toko
Posted by N'toko at 3:05 PM 1 comment:

Me on the net